Henry Ford’s idea could not succeed, but he already sensed that a currency like Bitcoin could reduce wars.

“It is well enough that people of the nation do not understand our banking and monetary system, for if they did, I believe there would be a revolution before tomorrow morning.”

You have probably read this quote in one of my articles. It is a quote from Henry Ford who wanted to highlight the profound injustice of the monetary and financial system almost a century ago. For him, it was obvious that if the people took the time to understand this system, a revolution would break out very quickly afterward.

Faced with the injustice of the banking and monetary system, Henry Ford already had a very precise idea for a replacement solution.

On December 4, 1921, Henry Ford gave an interview with the New York Tribune newspaper. In this interview, the famous automobile entrepreneur outlined some innovative ideas for the time.

Called “Ford Would Replace Gold With Energy Currency and Stop Wars,” the article outlined Ford’s ambitions for the future of the American economy.

As you know, gold has played a major role in the economy and finance for centuries. The precious metal served as a store of value for the dollar until 1971. The variable stock of gold and its monopoly by banking institutions was already a problem for Henry Ford more than a century ago.

According to Henry Ford’s argument, with such an accumulation of banking systems, nations had no trouble financing wars. Precisely, without this obstacle, Ford considered that this misallocation of gold favored armed conflicts in an inter-war context.

This is why Henry Ford began to rethink this economic model based on gold. A century ago, Ford put forward the idea of building a currency based on the active use of energy to compete with gold:

“Under the energy currency system, the standard would be a certain amount of energy exerted for one hour that would be equal to one dollar. It’s simply a case of thinking and calculating in terms different from those laid down to us by the international banking group to which we have grown so accustomed that we think there is no other desirable standard.”

The immediate stock of energy and the lack of storage would have allowed, according to Ford, to better regulate money. In this sense, the entrepreneur was already proposing to create a monetary system based on units of power generated by “the largest power plant.”

This would have made it possible to stop the endless wars:

“The essential evil of gold in its relation to war is the fact that it can be controlled. Break the control and you stop wars.”

Henry Ford’s idea sounds like a no-brainer to all Bitcoiners today. Henry Ford was 100 years ahead of Bitcoin invented by Satoshi Nakamoto in late 2008.

If Henry Ford did not have the opportunity to develop this model in practice, a certain Satoshi Sakamoto experimented with this idea on a large scale using the global network: the Internet. Founded in 2009, the electronic currency called Bitcoin is very similar to Henry Ford’s idea.

To function, the Bitcoin network uses a validation process based on the Proof-of-Work algorithm. Combined with Blockchain technology, PoW makes Bitcoin a real monetary revolution. To exercise this principle, Bitcoin pits several miners against each other, and their computing power is represented by specific mining machines. This hardware uses electricity to find the hash of the next block to be added to the Bitcoin blockchain.

For this reason, Bitcoin is largely correlated to the cost of energy, and thus, seems to be closer to the idea of an “energy currency” thought up 100 years earlier by Henry Ford.

A surprising coincidence since through his numerous online interventions, Satoshi Nakamoto has never mentioned the concept theorized by Henry Ford.

Far from ecological concerns, Ford did not predict everything … Henry Ford did not predict that the powerful people of the current system would oppose Bitcoin using the fallacious pretext of ecology. For, in reality, Bitcoin is a force for good in the battle against climate change.

If there is any criticism of Bitcoin, it is only in three areas in my view, and one of them is that Bitcoin does not consume enough energy. But obviously, this is something that will be corrected over time as the adoption of Bitcoin continues into the future.

In the meantime, it’s worth remembering that Henry Ford had this vision over 100 years ago and was truly ahead of his time. 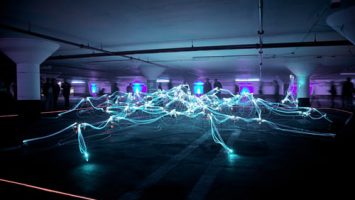