On July 21, a potential class action brought by the legal firm Scott+Scott was announced, alleging that Yuga Labs had “inflated the price” of the BAYC NFTs and the APE token by using celebrity endorsers and promoters.

Additionally, it claims that Yuga Labs encouraged “unsuspecting investors” to participate by touting the growth prospects and potential for enormous rewards.

“After selling off millions of dollars of fraudulently promoted NFTs, YUGA LABS launched the Ape Coin to further fleece investors.”

The statement continued that retail investors were left with tokens that had lost over 87 percent from the exaggerated price peak on April 28, 2022. “Once it was discovered that the stated growth was solely dependent on continuing marketing (as opposed to actual utility or underlying technology),” it said.

Affected investors who lost money on BAYC NFTs and Apecoin during June and April this year are being sought by the law firm.

So there’s a class action lawsuit against @yugalabs as investors were “inappropriately induced to buy financial products created by Yuga Labs”.

The anticipated lawsuit doesn’t seem to have much of an impact on the neighborhood, according to BAYC hodler @SoapBoxCar, who tweeted on July 24 that many people are upset they “got rekt” when they bought at the top.

The fact that Yuga Labs “never produced a token… Apecoin DAO created a token which was later adopted” by the company was also brought up by user @briann6211. Many participants also mentioned that Apecoin collapsed following a free airdrop to BAYC holders when the whole market was also experiencing a severe decline.

If the action is ever heard in court, it appears that Scott+Scott will have to demonstrate that Yuga Labs and its celebrity sponsors violated the law by failing to disclose their paid marketing.

Given the strength of Yuga Labs‘ initiatives and the fact that the law firm is also asserting that a pump and dump happened, it may be challenging to demonstrate that Yuga Labs engaged in such tactics.

Pump-and-dump schemes, often known as rug pulls, typically imply that a project has given a community good that has been exaggerated before completely abandoning it.

Since Apecoin and BAYC NFTs were advertised as investment contracts under unregistered securities, the legal firm may have to make a difficult case regarding their nature. 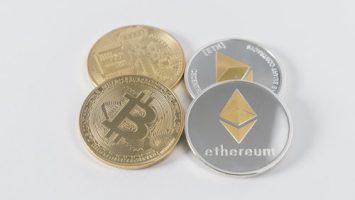