Over the weekend, decentralized finance (DeFi) suffered a severe blow through the Uniswap and dForce protocols, which reported millions of dollars in losses due to .

Members of the dForce team, starting with CEO Mindao Yang, confirmed the attack but were unable to block the related protocols, Lendf.Me and USDx, in time.

This led to a drain of funds worth as much as $25 million, and it was also reported that, in addition to contacting the authorities, the dForce team managed to get in touch with the criminals and have part of the stolen funds , partly because they were reported and it would be impossible to spend them.

Interestingly, other users got in touch with the criminals by sending transactions containing several messages asking to return the funds, considering that an entire pool had been drained, containing the cryptocurrencies of the users who had placed assets in it.

In addition to the PAX returned, about 126 thousand, there were also 381 thousand HUSD, the Huobi stablecoin, which were returned to the relevant contract for a total of over half a million dollars.

In addition, it should be noted that this attack occurred a few days after the announcement of a strategic round led by Multicoin Capital, in which Huobi Capital participated. Who knows whether or not this is a coincidence.

Decentralized Finance (DeFi) is a very recent technology and many people have been expecting security problems to occur for some time.

Perhaps one of the reasons why other big players are not joining the industry is precisely this: the uncertainty of a technology that is still immature.

Among other things, bZx was also recently , suffering a loss of several million dollars.

Meanwhile, MakerDAO also found a bug in the contracts, due to the sudden drop in the price of ETH.

Android developer for over 8 years with a dozen of developed apps, Alfredo at age 21 has climbed Mount Fuji following the saying: “He who climbs Mount Fuji once in his life is a wise man, who climbs him twice is a Crazy”. Among his app we find a Japanese database, a spam and virus database, the most complete database on Anime and Manga series birthdays and a shitcoin database. Sunday Miner, Alfredo has a passion for crypto and is a fan of EOS. 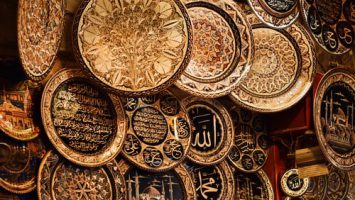