Forex brokers are institutions or individuals who have been duly authorized to perform transactions related to foreign exchange. In the case of Australia, forex brokers must be authorized by the Australian Securities and Investment Commission, also known as ASIC.

The weekend looks dimmer for the Australian Dollar, and it recently registered a fall in its value against the trading of the US Dollar. The trend is expected to continue, highlighting that the board could get lower in the days to come.

A fall in AUD/USD has happened because of the surge in Treasury yields. If anything, then it has simply boosted the confidence of the US Dollar investors. The appeal is pretty sweet as the Australian Dollar is estimated to fall if there is a further dip in the number of traders supporting the US government bonds.

According to the last trading figures published, AUD/USD was just above the 50-day Simple Moving Average, which is currently in line with the 61.8% Fibonacci retracement level. A bearish side is not far enough for the MACD oscillator. However, bulls have their hopes at 38.2% Fib if the line on the graph ever rebounds.

Commodities do not appear to impress a lot. Silver prices have gone down by more than 2%, while Gold has lost almost 0.5%.

The manufacturing sector of Australia brightened up to 57.9 in April from 57.9 as per the Purchasing Managers Index report released by S&P Global. The Service Sector lifted to 56.6 from 55.6 in April, while the Iron Ore industry registered a price of 153 per metric ton.

All the effects are said to be correlated to the lockdown that has been imposed in Tangshan, China. The scenario is likely to have its links with the fluctuation.

Meanwhile, other currencies tasted a drop in their value, joining the AUD club. The Chinese Yuan dropped against the US Dollar, and so did the Japanese Yen. Figures for USD/JPY were published to quote the rise of 0.5%.

Japan could see Jibun Bank PMI figures cross wire later today. Similarly, a quarterly production report from OZ Minerals is likely to be published in the time to come. 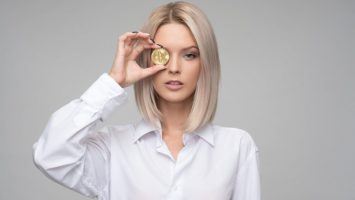