NFTs have become a worldwide sensation in recent years. Cryptocurrency may be used to purchase a wide variety of non-fungible tokens (NFTs), including art, music, video games, and other non-financial media assets. Cute virtual creatures may be bought as NFTs in the game Axie Infinity, or earned via gaming.

According to Sky Mavis, the Axie Infinity creator, a $150 million investment round was spearheaded by Binance to help recover part of the $625 million taken from last month’s crypto theft. Animoca Brands, a16z, and Dialectic, as well as Web3 investment firm Paradigm, are all participating in the money-raising effort. Additionally, Sky Mavis and Axie Infinity would donate their balance sheet cash to compensate customers who were affected by the colossal theft, which is regarded to be one of the greatest in the history of crypto.

“Sky Mavis is committed to reimbursing all of our users’ lost funds and implementing rigorous internal security measures to prevent future attacks.”

New security measures are being implemented and internal examinations are taking place, which may take several weeks. The Ronin Network Bridge, the blockchain protocol that the hacker attacked, will reopen after these processes have been performed and finished.

In addition, Ronin’s “validator nodes,” which are proof-of-stake mechanisms that verify transactions, will be increased, making them less susceptible to hackers. After temporarily restoring deposits and withdrawals on Ronin last week, Binance has now restored them entirely. The most popular NFT game is Axie Infinity. Axie NFTs are owned by more than 2.6 million people, according to Sky Mavis, making it four times as popular as the second most popular NFT project. 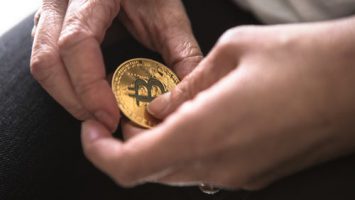