In creating BETTA we knew what we wanted to achieve…

We started by coding basic escrow smart contracts that our small group of friends could send ETH to, together with their predictions for the outcome of a football match, and which would pool bets and automatically distribute winnings once a result was declared (initially by consensus, as there was trust between us). This somewhat emulated how we bet each other in the real world, but also lacked some of the nuances, as it was a “one shot” deal — there was no “doubling down”, no changing your mind, no side-bets etc. — all of which tended to rear their heads in the pub while an event was “in play”.

So we played with the code a little to allow ETH to be sent while an event was running, BUT only if the player had already staked ETH on an outcome prior to an event commencing. This worked great for a group of friends who could coordinate well with each other, but we knew that this model could not scale, as it would be automatically precluding anyone who was late to a game — we wanted to be inclusive, not exclusive. Hmmm…

The fundamental flaw when using a pooled bets, or parimutuel, betting system is that it is not really suitable for live events, but rather prediction betting prior to an event commencing. If the pool remains open during an event, there is nothing to prevent participants from placing their stakes once they feel a particular outcome is assured, thus “gaming” the system. This was less of an issue in a social context, but becomes much more of one when looking to scale.

We believe that the key to encouraging participation is incentivisation. The lowest hanging fruit available to us was to ensure that there was an incentive for our users to establish events in the first place. Hence we introduced the concept of event “Sponsors” and “First Challengers”, both of whom receive a percentage of the total amount of ETH staked on an event, regardless of outcome, in return for having been responsible for actually establishing it. Sponsors and First Challengers are further incentivised to seek out other users, in order to maximise their potential returns. This was essentially the first version of BETTA we launched and, while events were being established and shared, it soon became apparent that potential users had picked up on the flaw mentioned above , which some understandably found off-putting— it was already something we were looking to address, but we hoped that some would enjoy the simplicity of BETTA in its initial form (which they did!).

The feedback we received encouraged us to double our efforts on this particular head-scratcher, and we put other development work on hold while we thoroughly tested the various solutions that we had come up with. Some were incredibly complex, some were incredibly simple and, having tested them all, simplicity won out — as it so often does!

We quickly came to understand that what we were considering was the representation and apportionment of “risk”, which itself could be broken down into financial risk, and time risk. Essentially, the size of a stake placed on an event outcome is capable of affecting a user’s risk profile, as is the time at which a stake is placed. A large stake placed before an event has even begun being the perfect embodiment of risk, versus a small stake placed towards the end of an event when a particular outcome is almost certainly assured. In a moment of clarity, we realised that both could be represented, and addressed, via a very, very simple mechanism — a diminishing multiplier.

Essentially, every stake on the BETTA platform should be afforded a weighting based on the time that the stake is placed; with each event being broken down into several periods of play, at the end of each of which the weighting multiplier is reduced…thus reflecting that the result is becoming more predictable as time passes, and the element of risk is decreasing. The largest weighting should be applied to those stakes placed prior to an event commencing, with the least weighting afforded to those stakes placed in the final “in play” period — remembering that all BETTA football events are limited by smart contract to 105 minutes from the event start in any event.

Returns are calculated and distributed according to a user’s overall weighting within the aggregated pool of all users’ weighting on the winning side of an event outcome. Returns are comprised of the user’s original stake (assuming the losing pools provide sufficient liquidity to cover this), plus a proportionally-weighted amount of the ETH staked on the losing sides of an event outcome, after fees have been deducted. In this way, a 1 ETH winning stake placed pre-event would see exactly the same return as a 25 ETH winning stake placed in the 105th minute. We refer to this internally as “risk enhancement”; and as our risk-enhanced solution is entirely based on event timings, and not influenced by scorelines and on-field activity, it creates interesting hedging and arbitrage opportunities for its users, while simultaneously increasing engagement — all around the outcome of simple, self-balancing 1X2 (home-draw-away) “markets”.

What is more, any player seeking to “game” the system with a late stake would have to make the staked amount sufficiently large enough to take a significant majority position in the winning pool, while simultaneously taking into account the fact that other users may be fortifying their positions and disrupting his/her calculations, and be assured that the losing pools would be sufficiently large enough at the point a result is declared to afford a positive return, taking into account the deduction of platform fees — and all for what would likely be a very minimal return. We think that is a pretty big ask, and is a nice reflection of what we always hoped to achieve, which is a self-regulating ecosystem completely devoid of external input.

We are excited to be rolling out the new version of BETTA, just a few short weeks after having launched the initial version of the concept. We are nothing if not constantly striving to improve our offering and, as such, constructive feedback and ideas are always welcomed — we would ask you to note that we still very much consider the platform to be a beta product (BETTA beta…try saying that 10 times as fast as you can!), with a temporary front-end and limited mobile functionality/responsiveness at this time. For now, our focus is to ensure that our smart contracts our up to scratch and delivering the user experience that we, at BETTA, feel has been missing from the crypto and sports marketplace, until now.

Please take the time to visit BETTA (via a Web3-enabled browser — we would highly recommend the MetaMask plugin for Chrome), and to take a look around, maybe sponsor or challenge an event while you are there. Should you have any questions, we would happily welcome you posting them in our BETTA_Official subreddit. 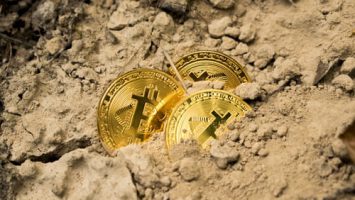