Today`s Bitcoin price prediction is neutral as the market has extended itself too far from the previous major swing low of $32,500.

Most of the market continues trading in the green for the past 24 hours. Bitcoin has continued to push the overall market higher. MKR and BNB are the top major Altcoin performers, while DOT and LINK are still preparing for another push higher.

In our previous Bitcoin price prediction, we mentioned how Bitcoin is targeting the $42,000 all-time high. First, Bitcoin has to break above the previous resistance of $40,000. Currently, Bitcoin trades just below the price mark. Therefore, we could see Bitcoin reversing once again and setting a higher low before making a move to break the all-time high.

Looking at the 4-hour chart for BTC/USD, we can see that another higher high has been set, indicating bitcoin`s bullish momentum. This was a result after Bitcoin spent several days consolidating around the $32,500 – $34,500 area.

From there on, Bitcoin gained strength to move higher to test the previous high at $38,664. After a small rejection on the 4th of February, Bitcoin did consolidate for most of Friday. However, overnight, Bitcoin managed to attempt another push higher. It was successful as the price rapidly reached the $40,000 resistance.

Considering that BTC/USD has already moved by more than 20 percent without a clear retracement, the analyst expects Bitcoin to reject further upside for now. The market needs another higher swing low set before it can prepare to move towards the all-time high.

Bitcoin could find the area of support around the previous resistance of $34,500. This would mean a relatively large retracement. However, the price did extend very fast over the last two days. Another smaller support level is seen around $36,000, although it likely will not stop BTC/USD from moving lower if it is reached.

Therefore, the analyst believes that traders should wait for Bitcoin to retrace once again and set a new higher low. Further upside towards the all-time high of $42,000 is still possible; however, placing a trade right now does not offer an adequate risk/reward ratio. In fact, Bitcoin offers a much better short position opportunity right now. This, however, would mean additional risk as BTC/USD could simply continue moving higher even though it is overextended.

Overall, Bitcoin price prediction for today is neutral. The analyst believes that Bitcoin is overextended, and a retracement that sets another higher swing low is needed. Once Bitcoin retraces, it could consolidate for several days and build a base for another push higher – this time, likely above the current all-time high at $42,000.

Despite the prediction, Bitcoin could still continue higher today as the $40,000 price level will get tested while the bullish momentum still lasts. Long position, however, would not be advisable right now – the best option would be to wait for further price action development.

While waiting for further price action, read our long-term Bitcoin price forecast or see the latest opinion on why Bitcoin is not viable as a means of exchange. 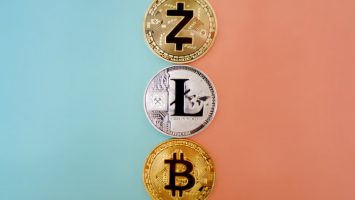