Cardano: the brand and its strong emotional connection with consumers

The MLBM agency’s Brand Intimacy 2022 shows the ranking of 600 brands based on their emotional connection with consumers. Cardano ranked 26th as the top brand in the cryptocurrency sector, surpassing Bitcoin, Google, and eBay.

MLBM used artificial intelligence (AI) and big data to understand consumer relationships with some of the world’s top brands, including Disney, Tesla, and Apple, placed first, second, and third, respectively.

Out of 19 sectors analyzed, cryptocurrencies ranked 8th, with Cardano leading the way, not only as a cryptocurrency brand but also as the financial service brand that reported better performance.

Bitcoin ranked 30th as brand intimacy in 2022, while Uniswap and Solana ranked 261st and 265th, respectively.

Just in the last few days, it has been revealed by IOHK (Input Output Hong Kong), the company behind Cardano’s development, the conditions under which the Vasil update, dubbed by some as “the most significant update to Cardano ever,” can proceed.

The upgrade is divided into 4 phases: devnet, preview, pre-production phase, and finally, release on the mainnet. Not only that, the original roadmap called for the hard fork to occur on June 29, but it has been continuously postponed since then.

The cryptocurrency rankings by number of followers on Twitter

Returning to the topic of rankings, yesterday it was reported by Watcher Guru the ranking of the top 10 cryptocurrencies by followers on Twitter, Cardano, however, is not featured.

Apparently, Binance Coin (BNB) seems to be the most followed on Twitter, with more than 9.5 million followers, followed by Bitcoin with nearly 5.5 million, and right behind the famous meme coins of Shiba Inu (SHIB) and Dogecoin (DOGE).

The smart contract crypto par excellence, Ethereum (ETH) is only in fifth place with 2.80 million social followers, followed by XRP and CRO. The last places in the top 10 cryptocurrency ranking go to Solana, PiNetwork, and Polygon. 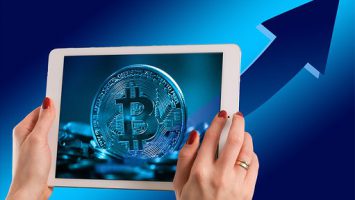