Bitcoin continues its sideways trading throughout the first fifteen days of October. Traders went into the current month with a lot of hope that it would be mostly bullish. Unfortunately, trading action failed to go according to this forecast.

Many drew conclusions based on previous performances in the 10th month. Many went on to tag it “Pumptober.” A look at the monthly chart showed that at a period in time, it was so. However, the bears also had their moments.

BTC dipped to a low of $18,183 after trading kicked off at $19,419. We may conclude that the last 15 days were partly “Dumptober.” As of the time of writing, the apex coin has recorded any notable gains or losses.

Notably, it was ranging between $20,500 and $18k. The question on every trader’s mind at this time is, will it continue? Let’s examine some factors.

Bitcoin constantly held the $18,900 support for more than twelve days. This changed after the release of the Consumer Price Index (CPI). It dipped to its this month and lost the said mark. Nonetheless, it recovered.

In previous months, the federal reverse board meeting was a leading cause of FUDs. With both events off the table, there is no foreseeable news that could negatively affect the apex coin. Neither is there any positive story that could cause massive price increases.

Based on fundamentals, we may conclude that BTC will continue to trade sideways. Let’s see what the indicators are saying.

A closer look at the Relative Strength Index shows that the metric lingered between 47 and 43 for more than ten days. The last time we saw such ranging was in August when it bounced between  30 and 40.

This trend continued for more than ten days. Nonetheless, the top asset broke out in the end. It is important to note that the expected breakout may not always be bullish. An example of this was in April when BTC maintained between 38 and 48.

It resulted in a massive move but a bearish one. It remains to be seen if the next price burst will be to the top or down. To understand what this short burst may be, it is important to look at another momentum indicator.

The Moving Average Convergence Divergence is currently bullish. We observed that the 12-day EMA and the 26-day EMA merged and did not separate until a few hours ago. The separation resulted in a bullish divergence.

This is an indication of better price performance and BTC may surge to retest some key levels.

As we look forward to more price improvements, we will go over the possible level BTC will flip. The first on the list is the $20,500 resistance. Based on previous price movements, this mark is one of the toughest on the list.

Since losing it on September 13, the apex coin remained below it. All attempts at breaking failed to yield any results. The most recent was on the fourth day of the current month when it BTC peaked at $20,469.

Based on previous flips, we may conclude that to break this level, the apex coin needs a massive spike in price previous build-ups failed. Nonetheless, stability above the highlighted will result in a retest of the $23k resistance.

The most recent trial at this level since August was in September, which failed to yield results. Breaking the $23,000 may guarantee a retest of the $25k. Nonetheless, the bears seizing control of the market may result in further downtrends. The closest and toughest support to halt such price decreases is the $18k.

Your crypto deserves the best security. Get a Ledger hardware wallet for just $79! 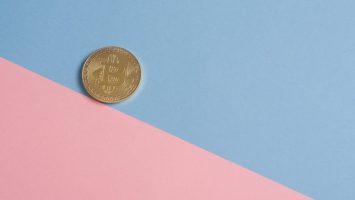