On July 30, BTC/USD faces rejection at the high of $24,736 as BTC Price hovers above $23.2K high. In the previous price action on July 20, Bitcoin was resisted at the high of $24,276. The bottom line is that demand dries up as Bitcoin reaches a higher price levels in the market.

Since July 28, buyers could not sustain the bullish momentum above the $24,000 high. On July 28 uptrend, BTC price rallied to the high of $24,736 but the demand dried up as it declined. A further upward move is doubtful because of the presence long candlestick’s wick. The long candlestick’s wick indicate that there is strong selling pressure at higher levels. The bears are likely to push Bitcoin to the previous low. In the meantime, the price action is characterized by small body indecisive candlesticks called Doji candlesticks. These indicate that Bitcoin has been compelled to a range-bound move. Bitcoin is likely to range bound between $23,000 and $25,000 price levels.

Bitcoin Struggles Above $23K as Data Indicates US in Technical Recession

According to a report, “US Economy in technical recession as GDP shrinks for a second quarter. Q2 GDP fell at a 0.9% annualized rate as inventories, and residential investment subtracts from growth after a 1.6% decline in the first three months of the year”. In the same vein, Bitcoin (BTC) regained more lost ground on July 28 Wall Street open amid confusion over whether the United States had entered a new recession.

In a separate opinion, ” Powell stated that the U.S. is not in a recession, numbers from GDP gave two consecutive quarters of negative growth, meaning that the United States is in a recession!” U.S. equities opened flat, while Bitcoin remained undecided on its overall trajectory after reaching $23,450 overnight. According to Van de Poppe ,that regardless of the state of the economy, BTC traders should not act purely based on the latest news. “Now we know that the United States is in a recession, does that mean that we should adjust our trading strategies? No! The phrase recession doesn’t represent any variable you can work with,” 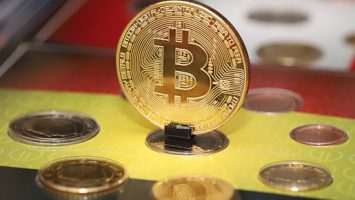