An ascending trendline assisted buyers during the recent recovery rally and pushed the CRV price to the $1.5 mark. This bull run accounted for a 173% growth in the past two months. However, from Mid July to August, the price showed multiple attempts to breach this local top. Thus, after these failed attempts, the bullish momentum was exhausted, resulting in a price reversal.

The recent upsurge in selling pressure across the crypto market triggered a drastic fall. As a result, the market price dropped 34.5% within a fortnight. Furthermore, the CRV price retested the May 19th low and bounced back with a morning star pattern.

The 20% jump from this support with increasing volume indicates that traders are interested in price recovery. With sustained buying, the CRV price should rise 10% higher and hit the flipped resistance of $1.285.

The $1.285 mark is important for CRV traders as, so far, there’s no confirmation if the price will continue the prevailing recovery.

Considering the market participants expect a longer correction, the CRV price is likely to form a lower high at $1.285 flipped resistance and turn down from this level to rechallenge $1 support.

On a contrary note, if the prices pierce the overhead resistance, the buyers will push the coin to monthly resistance of $1.5. Moreover, with this $1.5 mark as a neckline, the technical chart shows the formation of an inverted head and shoulder pattern in the daily time frame chart.

A bullish breakout from this barrier will drive the prices 28.5% higher to the nearest target of $1.9.

Bollinger band indicator: the CRV price drops below the indicator lower band, indicating the overextended selling from coin traders. During such scenarios, the prices mostly like to revert higher and tag the midline, currently moving around the $1.285 mark.

MACD indicator: the fast and slow lines dropped below the neutral zone, suggesting the sellers are wrestling for trend control. However, the histogram chart has diminishing red bars, reflecting weakness in their attempts. 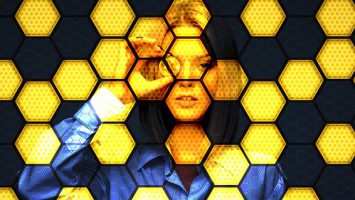