A European judge has required that Tulip Trading pay security for costs incurred by the defendants in a recent lawsuit. The company, led by self-proclaimed Bitcoin creator, Craig Wright, is leveraging litigation against developers of Bitcoin and its various forks. The lawsuit states that Wright believes the developers should rewrite existing software to allow him access to wallets holding billions of dollars worth of cryptocurrency.

The case has become increasingly complex as jurisdictions have come into question. While the legal claim is happening in UK courts, the defendants reside overseas. Additionally, Tulip Trading doesn’t have a presence within the UK despite Craig Wright’s residential status in the country.

The court ruled that the company should provide security against any negative costs stemming from the hearing. The presiding judge accepted the defendants’ estimated cost of £355,000 which is just shy of half a million USD. Tulip Trading will be required to provide a total of £248,353, which covers roughly 70% of the cost.

Initially, the claimant offered to pay the costs in bitcoin with a 10% buffer due to the cryptocurrency’s volatility.  However, the judge stated that this form of payment would not provide adequate protection for the defendants and is now requiring a cash payment from Tulip Trading.

Payment in cash is significant as it incurs a taxable event due to the sell-off of bitcoin. It also presents additional challenges as Tulip Trading does not have any established UK accounts. This could add considerable fees to the transaction on top of the capital gains tax liabilities.

The judge predicts the case to be quite complex as there are numerous technicalities concerning the factual and technical aspects of the claim. Undoubtedly, Craig Wright’s claim of being Satoshi Nakamoto will be put in question and could serve as a key focal point in the upcoming legal battle.

CJ is a copywriter by trade, specializing in technology and the decentralized world. He’s a staunch supporter of financial freedom, self improvement, and living to one’s highest potential. He currently runs Techtonic Copywriting while also acting as a marketing advisor for several startups and companies. 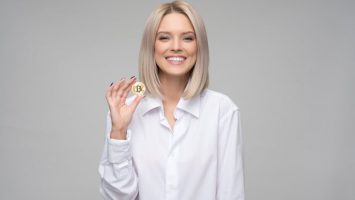