Consumer spending declined a whopping 16.4% in April as coronavirus lockdowns shut down vast swaths of the U.S. economy. That’s far greater than the 12.3% decline that most had been expecting, and the stock market declined as investors digested the deep recession on the horizon.

While grim news was greater than anticipated, no one was expecting much from the report. Personal consumption spending, which makes up more than 2/3 of the overall U.S. economy, was down 7.6%.

Unfortunately, the grim consumer spending we saw in April is likely to continue in May. Without a coronavirus vaccine, uncertainty is still looms for the U.S. consumer, and there’s not much the government can do about it.

Consumer spending looks doomed at the most basic level. In April, people couldn’t go out and spend money, which offers a handy excuse for such a catastrophic decline.

In May, that’s not the case because most U.S. states have started to reopen their economies. But just allowing businesses to open isn’t the same as getting back to normal.

A great many firms will struggle with lower volumes because of social distancing measures. That’s in part because they can’t allow as many people into their establishments. There’s also a subsection of the population that is simply too scared to mingle in public.

Many businesses can’t open even though they’re permitted. Data from OpenTable shows that around a quarter of U.S. restaurants won’t be able to reopen even as lockdown measures are lifted. Most restaurants operate under razor-thin margins, so the cost to open up shop far exceeds the benefit of a reduced influx of patrons.

It’s a vicious cycle. Fewer businesses reopening means fewer jobs. The fewer jobs there are, the less money people have to spend.

But what about the government’s stimulus and the Fed’s unprecedented intervention? It turns out that they’re pushing us further into this unending cycle.

The Stimulus is a Catch-22

At the end of July, the $600 worth of additional coronavirus unemployment benefits is scheduled to expire. That will cut weekly jobless benefits in half for many Americans. Those people are going to struggle to pay their bills, let alone go out and spur on the U.S. economy.

In Congress, they’re debating whether or not to extend that benefit. Lawmakers are also considering another installment of stimulus checks for U.S. workers. Without that assistance, people may not be able to go back out and drive the economy forward. But as long as it’s out there, businesses may find it difficult to coax their workers back through the doors.

A study by the University of Chicago shows that more than half of those workers who are eligible for coronavirus benefits are actually making more now on unemployment than they did when they were working. Imagine a restaurant trying to get its staff to return to work, where customer volume is severely depressed when they’re making $1,200 per week doing nothing. Unlikely.

April was a good bellwether to show how resilient the U.S. consumer can be, and Americans failed miserably. More than half of the massive number of unemployed individuals had a substantially larger income during that month, and they were still hesitant to spend.

In May, people are going to be lacking that additional income, either because the government stopped giving it to them or because they’re out of the job. Neither bodes well for the supposed “v-shaped” recovery the stock market has been hoping for.

Disclaimer: The opinions expressed in this article do not necessarily reflect the views of CCN.com.

This article was edited by Aaron Weaver. 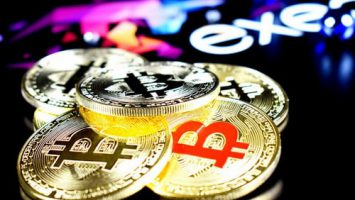 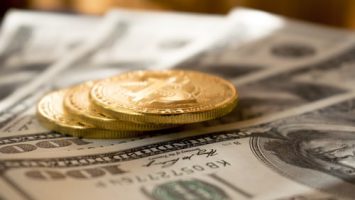