Ethereum has risen above $4,000 for the first time since May, rising by about 5% to $4,030 with it facing some resistance at the time of writing as it yoyos between just under and just above $4,000.

Its ratio has gained considerably over bitcoin, back up again to above 0.078 BTC per eth, suggesting the price movement is due to ethereum related factors.

One such factor may be that the Legally Blonde actress Reese Witherspoon publicly announced she bought eth.

Another factor may be that more than 183,000 eth have been burned so far in just under a month, worth $600 million.

For the first time, ethereum is currently largely deflationary with the amount burned per block usually above the block reward as shown below the green line.

This reduction in supply, which used to be brought back into circulation by miners, acts as effectively new demand because all else equal, price should increase considering more than half a billion dollars is not re-entering circulation.

All else is not quite equal however as new NFT projects keep coming onto the scene.

The latest is Loot, which is having an airdrop worth thousands with those Loot NFTs given away for free.

There’s shroomz for the day which we can all probably guess what it’s about, with Axie Infinity continuing to attract usage as it burns nearly 2,000 eth in a week.

OpenSea continues to dominate with it burning twice more than Uniswap in the past 24 hours.

Defi is clearly being overshadowed by NFTs for now, but Mirror may well have some wondering why they buying stocks on traditional brokers when they can collateralize them while getting free tokens.

In fact trading without getting free tokens is starting to feel weird, like some stupidity.

The superiority of it and its democratizing effects clearly has enemies however, like banker Gensler who is doing his version of run fast and ask for forgiveness rather than permission by completely ignoring the fact he requires authorization to enforce anything either by Congress or a high court judgment rather than interpreting their power as they please.

But even Gensler can’t say NFTs are securities, so a lot of these new business models are going no where even if SEC’s budget was 5xed, let alone now with just $200 million a year to oversea a $100 trillion market, excluding cryptos.

Meaning we are having a summer of boom as this generation grabs for itself the power to reward users for participating, turning those users into platform owners.

Had something like bitcoin been around back in the early 2000s, something like Twitter, Facebook, maybe even Google, would have not only been owned by us, but ruled by us. Instead, they think they can rule us.

Too late as the trajectory for disruption is set. The only smart move now is to join the peaceful digital revolution. There’s no other winning move without courting outright revolution. 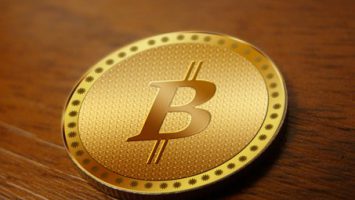