Sensationalized media draws page views and attention, but useful Bitcoin content is available to those who are willing to lower their time preference.

I was hit with a little inspiration today when Nathaniel Whittemore covered a couple New York Times hit pieces targeted at Bitcoin in a recent episode of his podcast, “The Breakdown.” The first article attempted to dispute Bitcoin’s decentralization by using mining stats from the early days when very few people were mining. A second article by Paul Krugman attempted to disparage Bitcoin by saying it was essentially useless. That coming from a Nobel Prize-winning economist who is infamous for an article about the internet being a passing fad. Why do we trust these people, let alone even care what they think?

The difference between signal and noise is simple, but difficult to see during times of panic like today or euphoria when prices are going parabolic. In my eyes, price in and of itself is noise. Price is made on the margins; buyers and sellers outnumbering each other for short periods of time. It tells you nothing about network strength or long term adoption. Price stories are nothing more than attempts to generate clicks by inspiring fear or greed based on short-term price movements.

Signal, on the other hand, is deeper; a look under the hood, if you will. Stories about hash rate hitting an all-time high, implying the network is more secure than ever. Stories showing unique bitcoin addresses hitting an all-time high, indicating continual growth of users. Stories about a Bank of America poll indicating 90% of Americans plan to invest in bitcoin over the next year, demonstrating continuing adoption and further growth. All of these topics have been covered in the past few days, regardless of the price dip. Signal.

Signal about Bitcoin happens every single day, yet we seem to be inundated with fear, uncertainty and doubt (FUD) hit pieces and crystal ball technical analysis predictions about the end of the world. I’m here to remind you that most media companies are all about the clicks. Clickbait drives engagement and engagement drives advertising revenue. Don’t let these headlines fool you, there is signal hidden everywhere and there are plenty of valuable articles containing much more than meets the eye.

I noticed a few days ago that, within minutes, Benzinga had published two articles: one about a whale exchange deposit and the other about a whale withdrawal. Bezinga will often price the deposit in U.S. dollars, while keeping the withdrawal in bitcoin terms. The articles are nearly identical for each type of transaction and will characterize exchange deposits as a bearish signal, while describing exchange withdrawals as a prudent long-term holding technique.

“Why it matters: Cryptocurrency transfers from wallets to exchanges is typically a bearish signal.”

“Why it matters: Bitcoin ‘Whales’ (investors who own $10 million or more in BTC) typically send cryptocurrency from exchanges when planning to hold their investments for an extended period of time. Storing large amounts of money on an exchange presents an additional risk of theft, as exchange wallets are the most sought-after target for cryptocurrency hackers.”

Perhaps more interesting, if you take the time to do the math, you can see as plain as day that the exchange withdrawals greatly outweigh the deposits. In this particular snippet, by nearly $200,000,000. Nine whole digits. So where’s the bearish signal here?

They could have aggregated over days or weeks and written a thoughtful article about net whale movements to really dive into actual signal, but they don’t. Because much like the New York Times, the headlines and clicks are all that matter. They simply want the volume.

Technologically-driven deflation, Jeff Booth’s thesis as described in his book, “The Price of Tomorrow,” is playing out right before our eyes. The internet has disintermediated the access and distribution of information. A benefit for billions, but also a double-edged sword which has slashed once-great media companies’ financial positions, forcing them to fight tiny publishers like Benzinga for your attention.

It’s one of the reasons I like Bitcoin Magazine so much. They have plenty of articles criticizing Bitcoin. They do it all the time, but it’s fundamentally different in the sense that you won’t find it with a flashy headline to drive engagement alone. I see it as a means to drive the network forward: experts presenting their case to develop conversation with other experts. Not a thinly-veiled hit piece which is easily disproved or obviously biased. Download the Carrot App and Bitcoin Magazine will even pay you to read their articles. Value for value; a mutually beneficial transaction. Can you say the same for Benzinga? The New York Times? I couldn’t even access the New York Times articles because they’re hiding behind a paywall. A convenient little hurdle to reinforce the echo chamber.

Finding real signal through all this noise seems to be getting harder and harder, especially in this perceived bear market. All I can say is, don’t trust the headlines. Especially when they’re shocking or sensational. Media companies follow their incentives just like anybody else. When the incentive is to drive as much engagement as possible, sometimes that juicy headline turns out to be completely opposite of what was actually written.

This is a guest post by Mickey Koss. Opinions expressed are entirely their own and do not necessarily reflect those of BTC Inc. or Bitcoin Magazine. 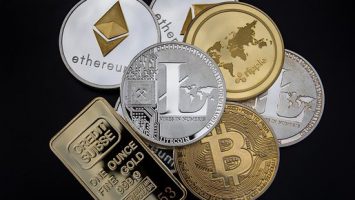