After establishing a new all-time high in November of last year, Bitcoin has been ripped to shreds by bears over the following several months. Despite the record highs, the rally is widely regarded as a failure due to the lack of a dramatic cycle finish.

What if, though, that rally was part of a bear phase that is only now coming to an end? According to a fresh direct comparison of bear phases in Bitcoin since 2018, it appears that another bull season is on the way.

The term “few” was bandied about by the crypto community a few months ago because not enough people saw the financial potential of Bitcoin. Few people believe Bitcoin will continue to rise from here.

Deep corrections often put the masses straight when hive sentiment is at its most frothy. Bitcoin bears are salivating for a price below $30,000 right now, but according to a recent comparison, they may never get it.

On several timeframes, any market demonstrates cyclical tendencies. There are bear and bull markets, as well as uptrends and downtrends within them that change depending on the mood of the market.

The 2018 bear market, the 2019 to 2020 bear phase, and the present consolidation phase are all contrasted in the chart above. Each fractal is about 460 days long. A transient bullish impulse that shakes the world alternates between each bear phase.

Bull impulses typically only last 98 days, but they tend to push prices to new highs. These bull phases have yielded at least a 300 percent return on investment. The price per BTC would rise to $120,000 after a 300 percent increase from $40,000.

Also Read : Bitcoin Near Term Outlook is Uncertain! Here is What Traders Can Expect

Each bear phase lasted a little more than a year. Edwin “Sedge” Coppock, the inventor of the technical indicator known as the Coppock curve, discovered that it takes an average of 11 to 14 months for a human to recover from a loss. This is, in theory, how long it should take the average investor to recover from their Bitcoin “loss” and return to a positive mindset. 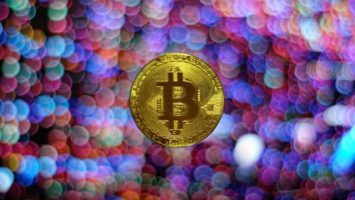