Bitcoin’s fall to the perilous support of $30K has made investors increasingly cautious, and warnings of a bearish force are already beginning to emerge even if the markets have already lost almost 50% of their total capitalization since the ATH just 3 months ago.

Among the bearish voices is David Tice, a seasoned investor known for managing the Prudent Bear fund until he sold it in the midst of the 2008 crisis – coincidentally, the crisis that gave rise to Bitcoin.

In an interview for Trading Nation, David Tice lived up to his reputation as a pessimist (just like his former fund) and warned about the dangers of investing in Bitcoin under current conditions.

David Tice explained that Bitcoin’s rise to $60,000 was extremely dramatic from his point of view, and a correction was needed; however, the attention from authorities and central banks may contribute to increase the aversion of potential institutional investors, creating downward price pressure.

Lately, there’s been a lot more uproar from central bankers, Bank for International Settlements [and] the Bank of England have made profound negative statements. I think it’s very dangerous to hold today.

Tice usually makes bearish calls in bull markets, doing analysis that tends to go more towards the fundamental side. In this case, regulatory uncertainty, China’s crackdown, and a nervous sentiment in the markets are a “dangerous” mix for Bitcoin holders, especially those expecting a short-term rebound.

Tice explained that under current conditions, Bitcoin fails as a storage-of-value mechanism. Instead, he recommended investing in gold, and more specifically in stocks of companies related to the industry.

According to Tice, in addition to the possible natural appreciation of the precious metal due to irresponsible government practices, investing in mining companies can be highly profitable:

“I would be owning gold, especially gold and silver mining companies. These companies have never been cheaper … But then you add on what we think is going to be a 20% annual increase in the gold price, and these companies are going to be outstanding opportunities.”

And Tice could be right, at least in the short term. Comparing Bitcoin vs Gold, the precious metal has outperformed the cryptocurrency since the second quarter of 2021. It is also important to note that Bitcoin spiked almost 800% between 2020 and april of 2021, to crash over 50% since then. Gold, on the other hand, went up 21% in the same time, proving its nature as storage of value.

Tice also does not expect a quick recovery in the Big Tech sector during the post-pandemic season. Despite the sector’s rapid growth during the Covid-19 outbreak, this difficult period in the global economy does not look very favorable for the FAANG in Tice’s eyes.

It seems that for the time being, the best way to secure wealth is through the good old method of accumulating precious metals. 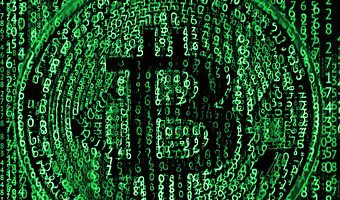 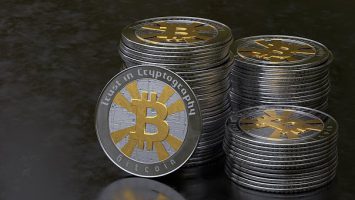