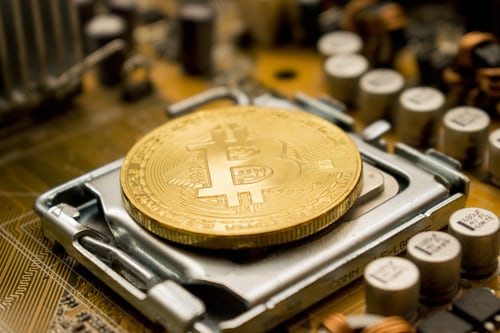 The past seven days were relatively unproductive in the cryptocurrency markets – at least in terms of price development, but this doesn’t mean there wasn’t volatility. The total capitalization seems to be hanging by a thread slightly above the coveted mark of $1 trillion.

This time last week, Bitcoin was trading at around $21,700 but quickly retraced below $21,000. The price spent quite some time battling with this area, and it appears that even until this moment, there’s no clear winner.

By the looks of it, the entire market was particularly indecisive and the main reason for this seems to be Jerome Powell’s speech at Jackson Hole. The Fed isn’t scheduled to produce a rate hike in August, so market participants were eager to get a hint at what might the next hike in September look like. The Fed Chair didn’t provide any concise information, saying that their next move will be entirely based off the data they receive. He said that the restrictive measures might need to continue for a while, which sent the entire market into serious volatility, which materialized in yet another drop towards $21K.

With that said, the rest of the market is also looking particularly shaky at the moment. Ethereum is down some 3% on the week, trading at around $1,650. There was news from the Ethereum Foundation about some more precise estimates about the Merge date, but this failed to catalyze a sustainable increase.

It’s worth noting, though, that most of the cryptocurrencies managed to recover from the lows of last week. Some of them, such as BNB and XRP, are even up for the past seven days – 4% and 4.2%, respectively. EOS is this week’s most considerable gainer, increasing by whopping 30%, at the time of this writing.

It’s also important to note that the discussion around Tornado Cash and the decision of the US to sanction it continues to escalate. It became clear that its developer, Alexey Pertsev, will remain in prison for at least 90 more days, despite the fact that he hasn’t been charged with a crime yet. It also became clear that Tether, the company behind the largest stablecoin – USDT, hasn’t sanctioned any transactions coming from Tornado Cash. They said that they haven’t been requested by any official authority to do so yet, but if they were to receive a request, they would oblige.

Elsewhere, in Singapore, the bankruptcy case of Three Arrows capital is also moving forward. The BVI-appointed liquidator, Teneo, has received the green light to probe the company’s financial records. It remains interesting to see how the entire thing will unfold.

All in all, it was an exciting week in the cryptocurrency space, despite the price not moving that much. Now that we’re in the final weeks before the estimated date of Ethereum’s Merge, it’s even more interesting to see how the market will shape up.

Whales Moving ETH to Exchanges as the Merge Approaches. The top non-exchange Ethereum wallets have been moving some of their ETH to exchanges. In the past three months, these entities moved some 11% in anticipation of the Merge.

How Binance Will Address a Potential Ethereum Fork During the Merge. Ethereum’s transition from proof-of-work (PoW) to proof-of-stake (PoS) is closing in. The event is expected to happen between September 10 and 20. Binance, the world’s leading cryptocurrency exchange, has released a statement explaining how it plans to handle the transition.

Ethereum Foundation Announces Official Date for the Merge. The Ethereum Foundation announced that the Merge might take place a bit earlier than previously expected. The date is set between September 10 and September 20, and it will vary depending on the ongoing block production and hashrate.

Tornado Cash Developer Denied Bail, Will Remain in Prison for Extra 90 Days (Report). Alexey Pertsev, the developer of the US-sanctioned cryptocurrency mixer Tornado Cash, which is based on Ethereum, will have to spend at least 90 days in jail. This comes despite the fact that he has yet to be charged with a crime.

Tether Hasn’t Sanctioned Tornado Cash Transfers, Unlike USDC. Tether, the company behind the world’s leading stablecoin (USDT), hasn’t sanctioned transfers from Tornado Cash. The company argued that it hasn’t been required to do so but also said that it would do so if regulators ask.

3AC Liquidators Granted Approval to Probe Financial Records in Singapore. Teneo, the BVI-appointed liquidator for the bankruptcy case of Three Arrows Capital (3AC), has received the green light from court to proceed with probing the financial records of the company in Singapore.

This week we have a chart analysis of Ethereum, Cardano, Ripple, Binance Coin, and Solana – click here for the complete price analysis. 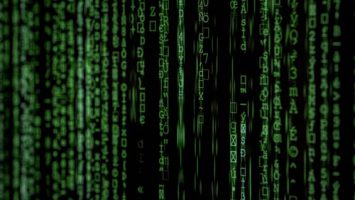