Cryptoys, a new non-fungible token (NFT) platform, and Mattel, Inc., a toy and game manufacturer, announced on Wednesday their intention to release a digital collectable collection based on the Masters of the Universe (MOTU) sword and planet-themed media franchise. The limited edition collection was released this week to coincide with MOTU’s 40th anniversary, according to the press release.

In 1981, a series of 5.5-inch action figures based on the characters He-Man and She-Ra was produced. It instantly became a hit with kids everywhere. Two years later, in 1983, came the animated film series MOTU, also known as the He-Man cartoons. After 40 years, Mattel’s Masters of the Universe brand is still a cultural touchstone. With He-Man and Skeletor appearing in memes and getting their own toy lines. Mattel has partnered with Cryptoys. An NFT startup that fuses toys, games, and entertainment, to create the new MOTU NFT collection.

Cryptoys makes use of the Flow network, a blockchain initiative used by Dapper Labs’ NBA Top Shot and NFL All Day NFT collections. He-Man/Prince Adam, Tri-Klops, Battle Cat/Cringer, and Evil-Lyn are just some of the characters included in the first of three waves of the MOTU NFT collection. Other characters including Orko, Man-at-Arms, Skeletor, and Beast-Man will be released in waves between November 2022 and January 2023.

Mattel’s worldwide head of digital gaming, Mike DeLaet, has remarked that the Masters of the Universe IP has a high degree of consumer recognition and a high collectability value because of the franchise’s 40-year tenure at the forefront of popular culture.

Each MOTU drop, as stated by Cryptoys, will include 10,000 toys for each character, each with seven possible skins. Cryptoys claims that the “power” of each collectable skin will increase due to its rarity.

Kharkiv Art Museum To Sell Artwork as NFT With Binance 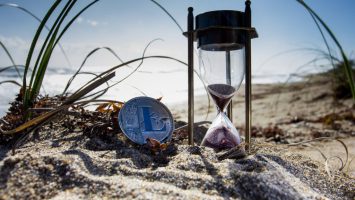