Since May, major institutions have sold at least 236,237 BTC, according to Arcane Research analyst Vetle Lunde in a tweet on Thursday. For the first step, Terra sold almost 80k BTC in order to preserve the Terra USD (UST) peg, as noted by Lunde. More than 19k BTC was traded by public miners, with 4,400 traded in May and 14,600 traded in June as market circumstances deteriorated forcing the sale of their BTC payouts.

“236,237 BTC. THAT’S THE AMOUNT OF KNOWN SELLING OF BITCOIN SINCE MAY 10TH BY LARGE INSTITUTIONS. MOST OF THE SELLING IS RELATED TO FORCED SELLING, AND SOME IS NOT.”

In addition, Lunde believes that Tesla sold around 29,060 BTC worth of its Bitcoin holdings or 75% of its total holdings. Unknown investors redeemed 24,510 BTC from the Canadian purpose ETF after Celsius acknowledged its bankruptcy worries. Furthermore, Celsius released 21,962 WBTC in July via DeFi loan repayments.

Despite Lunde’s belief that the amount of selling has exceeded his projections, he feels that contagion-related selling is over for the time being. In the immediate term, the expert anticipates the market to fluctuate. Furthermore, Lunde believes that macroeconomic circumstances and the link between the crypto market and US stocks will be the most important market drivers in the coming months.

Its possible correlation may decrease, though, because of a reduction in huge corporate entities like Tesla’s stakes in the market.  This week, the cryptocurrency industry surged past $1 trillion in market capitalization after an unexpected surge. Both Bitcoin and ETH witnessed price spike and the industry seems to be bouncing back. 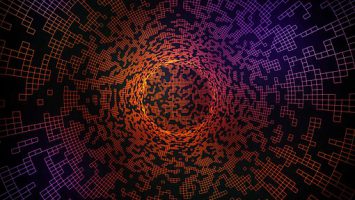