They were fierce hill tribes in what is now Scotland, and we called them Picts. The name seems to mean „The Painted People“ for they were known to love bright body art and multi-coloured clothing. They were artists, prolific carvers of stone and from the carved standing stones still found in the region around Loch Ness, we can see that the Picts were fascinated by animals, carefully etching their likeness into the surface of the stone. And they left us a mystery.

For all the animals depicted on the Pictish stones are lifelike and easily recognisable, except for one. This exception is a strange beast with a long elongated beak or muzzle, a head spout, and with flippers instead of feet, somewhat like a swimming elephant. This Pictish beast is the earliest known reference to the belief that took hold in the Scottish Highlands at least 1,500 years ago, that Loch Ness is home to a mysterious underwater animal. The Loch Ness Monster.

Columba stood for no nonsense, even from a monster. He had ordered one of his monks to swim across the loch to fetch a boat when, halfway across, the beast appeared and rushed at the swimmer, roaring in a most frightening way. The Saint himself jumped in the loch crying out at the monster „Go no further, nor touch the man! Go back!“. Thus commanded, the monster fled. The great Columba converted most of Scotland to Christianity and apparently converted Nessie too, for it is said that until he went out on the waters and soothed the beast, she had been a murderess.

In Scottish folklore, large animals are associated with many bodies of water from small streams to the largest lakes, often labeled Loch-na-Beistie on old maps. These water-horses, or kelpies, are cousins of the Irish Pooka and have similar magical powers but often malevolent intentions. They are dragons under water, lurking with ravenous intent, waiting for the onset of darkness in the long Northern nights before they come forth and devour the Innocent.

The monster, sea serpent, kraken and other mythological creatures have formed a part of folklore since the beginning of time. Around the world there are reputed to be sea serpents or monsters in many bodies of fresh water. Nessie in Loch Ness, Morag in Loch Morar, Shielagh in Loch Shiel, Lizzy in Loch Lochy, Champ in Lake Champlain, Ogopogo in Lake Okanagan and, quaintly, Wally in Lake Wallowa.

While research has been conducted at many of these lakes, Loch Ness is the icon for monsters and Nessie, the Loch Ness Monster is, without doubt, the grandmother of them all. It is to Loch Ness where myriad researchers have flocked with their cameras and sonars, webcams and mini submarines, their hopes, fears and dreams of solving the mystery of Nessie.

She is reported to have an elongated neck that quite often protrudes from the water with a small head, diamond shaped flippers and three distinct humps on her back followed by a tail. Sone say that she lives under or around Urquhart Castle and many photographs (mostly fake) have been taken of her in the vicinity.

The sedimentary rocks which cradle Loch Ness are some of the oldest in the world. The sandstones were originally laid down in warm seas when Scotland was located in the latitude where Australasia is today. As the continents drifted northwards the land became squeezed into the dry centre of the super-continent Pangaea.

400 million years ago, the Great Glen side slip fault was created. This Great Glen, almost cutting Scotland in two, is home to the black waters of Lochs Ness, Oich, Lochy and Linnhe

As the continents began to break up and cluster around the north pole, great Scottish mountains, which would have been Himalayan in size were gradually worn down to the stumps which you see today. Scotland was still in the grip of the ice twelve thousand years ago, but the main advances were over and the land was beginning to rebound from being depressed into the mantle. The surface of Loch Ness would have been at a similar elevation to sea level.

Anything living in the Loch today must have arrived from the freezing North Sea up the River Ness after the final retreat of ice.

Many scientists and zoologists will admit to half- believing that a large aquatic animal does in fact exist in Loch Ness. There are numerous theories as to her identity, including a snake-like primitive whale known as a zeuglodon, a type of long-necked aquatic seal, giant eels, walruses, floating mats of plants, giant molluscs, otters, a „paraphysical“ entity, mirages, diving birds and most popularly, a plesiosaur. Nessie was even given a scientific name „Nessiteras rhombopteryx“ named by Sir Peter Scott so that Nessie could be added to the British Register of officially protected wildlife.

The name, translated from Greek means „The wonder of Ness with the diamond shaped fin“. Over the years many have noted that if you rearranged the letters of Nessiteras rhombopteryx, it can be made to read „Monster hoax by Sir Peter S“.

This may mean something – or it may mean nothing at all.

Nessie is either there, or she’s not. I like to think she has outwitted our efforts to trap her, pin her down, categorise her, tame her and turn her into tea towels. And one day you may get to see her yourself. Long may she live in the loch ! 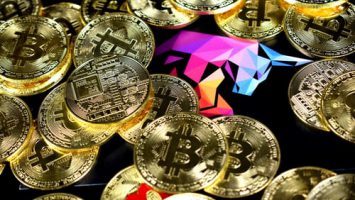