Digital money is drawing the attention of the public, regulators, and governments worldwide.  Several central banks are already at different stages of exploring the role of Central Bank Digital Currencies (CBDCs) in the monetary and payments systems.

According to a 2021 BIS survey on central bank digital currency, about 60% of central banks were conducting experiments or proofs-of-concept, while 14% were moving forward to develop and pilot arrangements. Two-thirds of central banks studied the impact of stablecoins on monetary and financial stability. The 2022 PwC Global CBDC Index and Stablecoin Overview put the number of central banks considering launching a CBDC or already doing so at over 80%.

CBDC development initiatives are exploring the implementation of either a retail CBDC, a wholesale CBDC, or a hybrid model. However, a 2020 Deloitte report titled “Are Central Bank Digital Currencies (CBDCs) the money of tomorrow?” pointed out that emerging countries were leaning towards developing a retail CBDC model due to a larger informal economy while developed countries seemed to be moving towards the wholesale CBDC model.

Speaking at a panel discussion at the 3rd G20 Finance Ministers and Central Bank Governors meeting in Indonesia on July 17, 2022, Philip Lowe, the Governor of the Reserve  Bank of Australia (RBA), added a different dimension to the CBDC debate. Lowe said: “I tend to think that the private solution is going to be better—if we can get the regulatory arrangements right—because the private sector is better than the central bank at innovating and designing features for these tokens.” Lowe also said that there are “likely to be very significant costs for the central bank setting up a digital token.”

Lowe said in an earlier address to the Australia Payments Network Summit in December 2021. In contrast, the Reserve Bank had not yet decided to issue a CBDC, “…the RBA is open to this possibility. To date, though, we have not seen a strong public policy case to move in this direction, especially given Australia’s efficient, fast and convenient electronic payments system. It is possible, however, that the public policy case could emerge quite quickly as technology evolves and consumer preferences change. It is also possible that these tokens could offer a lower-cost solution for some types of payments than provided by the existing technologies”.

Lowe further stated, “another possibility is that payment tokens are issued and backed by an entity other than the central bank, though still denominated in Australian dollars. These could be a form of stablecoin”. Lowe emphasized, “If this is how the system develops, it will be important that high-quality assets back these tokens and that they meet high standards for safety and security.”

Research and pilot projects shall ultimately determine the model or approach to be taken about CBDCs. Key to underpinning the chosen approach will be the underlying crypto regulation. Australia’s financial regulator, the Australian Prudential Regulation Authority (APRA), laid out the roadmap to implementing a crypto regulatory framework by 2025. 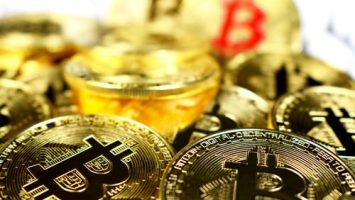