The Reserve bank of India (RBI) plans to launch a new blockchain-based trading platform by partnering up with many major lenders such as the State Bank of India, HDFC Bank, ICICI bank, etc.

It also is paired up with IBM, SettleMint, and Corda Technologies which will be providing the technological support for the project.

Major lending banks such as the State bank of India, Kotak Mahindra Bank, IDFC bank, etc. will be part of this project by the RBI and have been stated to have invested a total of INR 5 crores.[2]

The inter-organization trade finance process will be digitized and automated by IBBIC using the Infosys Finacle Connect platform on a single distributed, trusted, and shared network.

With this, the Indian banking sector, which has historically been hampered by antiquated technology and paper-based procedures, makes a significant advancement in the digitalization of trade financing.

The decision was made at a time when blockchain technology prototypes are swiftly moving from the experimentation stage to deployment and the government of India is getting ready to implement rules for cryptocurrencies and blockchains.

With this blockchain technology, it will become easier for the RBI to verify the authenticity of the lender and prevent any fraudulent lending by the bank.

Issuing digital LCs provided from the blockchain platform will help trace the owner’ authenticity as well as be able to see where the cash flow is heading.

With this technology at hand, it will become easier for the RBI to be able to crack down on fake money lenders and provide for a much safer platform where businesses can procure funds for themselves.

Though the RBI is yet to produce any official statements regarding this project of theirs, it is clear that this may be a good step for legitimizing banking and preventing frauds and scams. 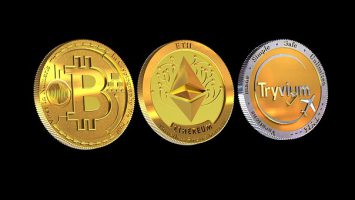