Ripple’s XRP could be on the verge of a major bull run, the biggest it’s experienced in years –  at least that’s the way analysts see it. The cryptocurrency market has been in poorer shape than investors had become used to, with things taking a significant dip back in May.

Only a handful of digital assets could boast remaining in the green amid the drop. XRP wasn’t one of them, however, it has realized palpable improvement and, by most indications, the altcoin could be gearing up for a significant run up the charts.

XRP happens to be a viable competitor where bitcoin, the world’s first and largest crypto, is concerned. While BTC has been around for much longer and is worth a whole lot more, XRP can claim having performed incredibly well despite the Ripple vs. SEC lawsuit.

XRP is superior to BTC in a number of ways, which should be the case as creators of newer currencies are constantly looking for ways to make their blockchains more functional. For example, the younger coin trumps BTC when it comes to transaction times. The XRP protocol consensus algorithm could handle up to 1,500 transactions and scale as many as 50,000 per second. Whereas, BTC is only capable of facilitating three to six transactions per second.

Most altcoins are friendlier to the environment than bitcoin happens to be and XRP is hardly different in that regard. The drilling of XRP is understood to be 90,000 times cleaner than bitcoin mining, which consumes exorbitant amounts of power. Things might improve very soon on that front, though, as China is pushing mining out and greener options are coming to the fore.

One could point to Ripple’s legal troubles as an area requiring concern. The U.S Securities and Exchange Commission (SEC) filed a lawsuit against the creators last year yet, according to attorney and crypto legal expert Jeremy Hogan, the battle with the SEC could actually work in XRP’s favor with regard to price as the case has actually gone cold. Hogan explained that a settlement agreement would have Ripple pay a penalty to the regulator that would likely “not include disgorgement of profits to purchasers because of the impossibility of figuring out how to disperse the funds.”

It’s been suggested that should XRP’s price remain above $0.50 support for the next few weeks, it could rise above the all-time high that was obtained in April. XRP was priced at $0.63 at the time of writing.

Of course, there’s no telling when a settlement with the SEC will be reached but it’s expected to trigger a big bull run whenever it happens. 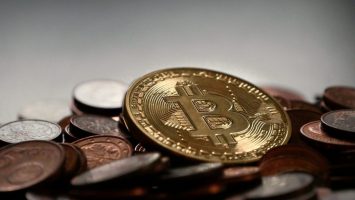