TerraClassic prices have been trading in a steep descending trend ever since the beginning of the October trade. Meanwhile, the asset underwent a significant upswing as Binance validators burned over 1.5 billion LUNC tokens, which all went in vain as bears dragged the price lower quickly.

The Binance, the world’s most popular crypto exchange, has burnt over 1.2B LUNC tokens amid the 5th batch of the Binance burn mechanism on trading fees. It was the first burn after the tax reduction proposal from 1.2% to 0.2% was implemented. The platform has sent over 1.26 billion Terra Classic to the LUNC burn address, including a fee of 2.51 million LUNC.

The LUNC price had surged notably by more than 16% to reach $0.00027496 during the previous trading day. Meanwhile, the Binance burn of 1.25B LUNC failed to induce a significant bullish momentum and hence the price remained heavily deflated.

The LUNC price has maintained a notable lower trend line for more than a week, and hence the prices may consolidate for a while initially. Therefore, a significant plunge may be imminent as the bears appear to be well-positioned. However, a drop to the lower support may further trigger an upswing as a result of a catapult action after testing these levels.

Meanwhile, the burning mechanism does not appear to have induced significant bullish momentum over the asset. As of today, Binance has already burned more than 5.5 billion LUNC, which dropped below 3 billion due to a drop in the tax burn policy, while the price remained largely stagnant.

Hence, the TerraClassic price may continue to trade under bearish captivity for a long which may compel the price to drop to the lower support shortly. 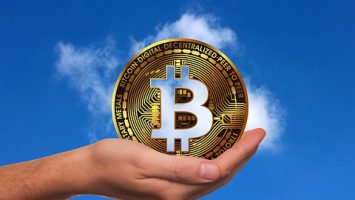