Tinder has announced through its parent company Match Group that it is backtracking on its quest to venture into the Web3. According to the statement, the dating app company blamed several factors related to earnings in the second quarter amid the CEO leaving the company. The letter made available by the company mentioned that aside from scrapping plans of going into the metaverse, it will no longer launch the much anticipated Tinder Coins.

Some days back, the company announced that its CEO Renate Nyborg had decided to leave the reins as the head of the company. Nyborg was the company’s first female head and had plans to launch the Tinderverse before the adverse shift in financial income. The move has been in the works since last year after the company announced the acquisition of Hyperconnect, a company focused on AR and AI.

In the proposal, Nyborg wanted Hyperconnect to help develop a platform where singles living in the same town could quickly meet across the virtual world. Although there has not been much talk about Nyborg’s choice to resign during this period, Match Group CEO mentioned that the company had regressed drastically in terms of the financial income that it has been delivering across the years.

In the update, Kim mentioned that although the firm sees the major benefits of the metaverse at this period, it is not a good time to venture into the space. However, the CEO notes that when the time comes for them to enter the space, they will inform the general public. He mentioned that most upcoming adults are now immersed in the metaverse, but the company has not been able to get what would or would not work for them at this period. Kim also said that the Hyperconnect team is undergoing iteration but stressed that there would not be any huge investment into the metaverse.

Giving details about the Tinder Coins, the CEO noted that the first test saw mixed reactions from different users. With this, the company will continue to work on virtual currency and look for ways that will both benefit the company and users. The CEO said they are also looking into virtual goods to help them increase the platform’s growth by appealing to the wants of the new users. Tinder suffered a massive $10 million loss due to the acquisition of Hyperconnect, while its parent company’s stock suffered a massive 11% fall to trade at $63.5. 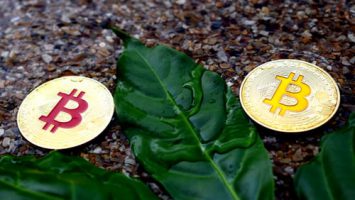