During May, TRON achieved an all-time high number of significant milestones, setting a new record for the firm. Only 16 days after its May 5 introduction, USDD, TRON’s collateralized decentralized stablecoin, has made it into the top 100 CoinMarketCap rankings. There was a new milestone on June 1, with $667 million in USDD in circulation and 8 billion TRX burned.

Data from DefiLlama, one of the top TVL aggregators for DeFi, show TRON as the third most valuable public chain by TVL, behind only Ethereum and BNB Chain. According to CoinMarketCap, TRX has overtaken AVAX to become the 13th-largest cryptocurrency by market capitalization on Thursday, May 26. When it comes to the total number of active addresses, according to CoinMetrics on May 29, TRON is the most popular cryptocurrency compared to the likes of Bitcoin and Ethereum.

Multiple high-profile blockchain organizations, including Alameda Research, Amber Group, Poloniex, Anker, and TPS Capital, have joined the TRON DAO Reserve’s Members and Whitelisted Institutions to mint USDD and more names are expected to be published in the near future.

As of right now, the USDD is trading on well-known lending platforms and decentralized and centralized exchanges, including JustLend, SunSwap, PancakeSwap and Ellipsis, and Poloniex Curve as Curve Global and KuCoin and KyberSwap. With more than 6 million registered users and one of the fastest-growing crypto exchanges, Bybit launched the USDD token on May 26 at 10 am.

Bybit has launched a two-part competition with a prize pool of 400,000 USDD as part of the launch. To adequately reward DeFi users and build TRON’s DeFi ecosystem, designated mining platforms like SUN.io presently provide over 30% promotional return on USDD. As of May 25, TRON has supported more than 122 million USDD in liquidity pools, a significant milestone for the company.

“TRON’s meteoric rise to the world’s top three public chains by TVL can be attributed to its sustained efforts to foster growth across the entire ecosystem. USDD has reached 667 million in circulation, Season 2 of the TRON Grand Hackathon 2022 is underway with prominent partners and judges from across the industry, and there is explosive growth across the entire ecosystem. Ever since becoming a DAO, the TRON community has kept on BUIDLing!”

Since the beginning of the DeFi market, TRON has invested a significant amount of resources in developing stablecoins. TRON has established a formidable stablecoin armada that comprises USDT, USDJ, TUSD, USDC, and USDD. Huobi Global is now offering USDD quotation pairs with no trading fees. TRX/USDD, BTT/USDD, NFT/USDD, JST/USDD, SUN/USDD, WIN/USDD, USDT/USDC, and USDD/USDT are all included in this category

An influx of applications descended to TRON on Monday, May 16, to mark the start of Season 2 of the TRON Grand Hackathon 2022. TRON DAO launched a $10 million incentive fund scheme earlier this week to encourage Terra developers to move over to the new TRON environment. DMM Bitcoin, Japan’s second-largest cryptocurrency exchange, has announced that TRX will be added to its platform shortly.

TRON’s DeFi ecosystem and potentially the whole DeFi business will benefit from BitTorrent Chain’s cross-chain solution, which promises to integrate USDD with additional ecosystems in the future. 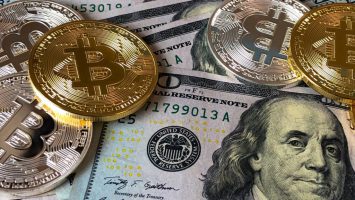