Apple and Google were questioned by a member of the U.S. Senate after a warning from the Federal Bureau of Investigation (FBI). The chairman of the Senate Committee on Banking, Housing, and Urban Affairs Committee, Senator Sherrod Brown (D), sent a letter to the CEOs of these corporations.

A number of issues about the security measures in place for these corporations’ mobile applications were raised by Brown. More than 240 individuals have been robbed of $42.7 million as a result of installing a fraud program from the Apple or Google Stores, according to an FBI alert. Apple is behind the iOS and Google behind the Android.

The victims of these illicit acts were addressed in a letter from U.S. government authorities to Apple and Alphabet CEOs Tim Cook and Sundar Pichai. According to Brown, over the last several years, cryptocurrencies and trading platforms have drawn millions of people to invest in them. Cybercriminals are reportedly using the stolen identities of respectable financial organizations to entice unsuspecting investors into their web of deceit.

The letter written to the CEOs read:

“While firms that offer crypto investment and other related services should take the necessary steps to prevent fraudulent activity, including warning investors about the uptick in scams, it is likewise imperative that app stores have the proper safeguards in place to prevent against fraudulent mobile application activity.”

There is a need for information from Apple and Google on how they are warning users about the dangers of crypto fraud, how they remove these apps from their platforms, and how often these assaults occur. 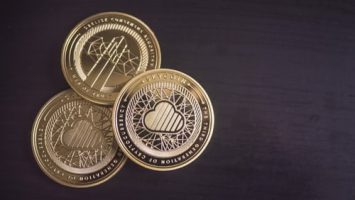