Announced earlier today, Bitcoin-based social network Zion has launched with the mission of eliminating reliance on large tech companies for content creation and sharing, providing an alternative that does not collect user data, censor speech or withhold portions of payments meant for content creators.

“With Zion, technology companies are completely eliminated and users interact in a secure, censorship-resistant, private utility that facilitates free and open flow of content and payments between users and their audiences,” according to a press release from the platform. “There is no way to manipulate how users experience the network and absolutely no data is collected, ever.”

According to its website, Zion offers a mobile app on which users can post content like videos and memes, add comments, join communities, send encrypted messages and access a non-custodial bitcoin wallet. To leverage the platform, users must maintain their own nodes for the Lightning Network, Bitcoin’s second layer platform that enables near-instant micropayments by establishing channels between users and only settling the balances of these channels on the main blockchain once they are closed.

Zion uses LND, an open-source Lightning Network implementation created by software developer Lightning Labs. Zion users have the option of setting up their own nodes or renting them from the upstart social platform itself.

“We have two ways for people to get on the network: Renting a node or configuring your own LND node with our relay software,” Zion creator Justin Rezvani explained to Bitcoin Magazine. “These nodes also include a pre-set up channel that allows you to use LND right away and use the app as seamlessly as any normal social media app. Our nodes, which are non-custodial, also allow you to be hassle free, as we take on the headachaches of node management. We’ll tackle things like backups, networking and version upgrades for you.”

Zion currently runs more than 1,000 Lightning Network nodes on its network and it plans to double capacity each month. It expects to use $1 million raised in seed investment to hire additional engineers and Lightning Network developers.

Ultimately, hosting these nodes and facilitating the Lightning Network payments between users is how Zion’s team expects to collect revenue in the absence of advertisements, data collection and the other revenue streams employed by Silicon Valley’s tech giants.

“We have two revenue models: hosted nodes and network routing fees,” Rezvani said. “One thing to clarify though is that every single user has full control of their funds, as they are the ones who manage the private keys. They are running their own nodes and have full custody of their bitcoin. Whoever controls your private keys controls the nodes.”

The ability for users to reward content creators directly with bitcoin through the Lightning Network is a founding principle for the Zion team and a feature that it believes will solve a fundamental problem with social platforms today.

“There’s a number of problems with value transacting that myself and other creators run into with the old paradigm of social media,” JP Sears, Zion’s founding creator, told Bitcoin Magazine. Sears’ “AwakenWithJP” YouTube page has nearly two million subscribers and his videos regularly satirize self-serious progressives and wellness advocates. A recent video of his, titled “A Federal Hate Crime To Criticize Fauci? BREAKING NEWS!,” has received more than 345,000 views as of this writing.

“Fans want to support a creators’ work, yet the big tech platforms always want a large cut of revenue that is ultimately earned,” Sears added. “Another problem is that most of the existing social media platforms are designed to extract value from viewers and fans through personal data collection, manipulative algorithms and selling the audience’s attention to advertisers. As a creator, it doesn’t feel good knowing big tech’s method for allowing them to support me necessitates that their privacy and psychology be violated.”

Sears said that his own journey to embracing Bitcoin involved the all-too-common initial belief that it was a “giant pyramid scheme.” But after author and life coach Tony Robbins (who is an investor in Zion) sent him the video of an interview he did with MicroStrategy CEO Michael Saylor, Sears’ outlook on Bitcoin changed.

“I quickly began to see bitcoin as not just an investment, but as a powerful way to store value,” Sears recalled. “Then, as I began to better understand Bitcoin technology and the Lightning Network, I realized that Bitcoin can empower people in even more important ways than just financially. It can be the facilitator of freedom and sovereignty for them.”

People often think about Bitcoin’s aptitude to facilitate freedom strictly as an alternative to restrictive legacy financial services. But as a sovereign payments rail, Bitcoin can also empower free speech, content creation and exchange of ideas on a platform like Zion.

“As a content creator and comedian, I’m hungry to throw away the big tech filter that all of my creations currently have to go through,” said Sears. “My content is often heavily censored just to be able to reach my fans. But with Zion, I’m most excited about having full creative freedom to give my fans my real work, my best work, without fear of censorship. Being able to connect directly with my fans in our Zion community to exchange ideas and information in an atmosphere of freedom is what I’ve been wanting.”

But while many creators doubtlessly seek to interact with their fans directly and exclude tech giants from their revenue streams, Bitcoin and the Lightning Network still present technical and philosophical hurdles for many. Sears believes that Zion clears those hurdles, while maintaining the unique offerings of the technology.

“One of the reasons I was so resistant to bitcoin for so long is because I didn’t know how to buy it and anytime I’d ask people, the technical jargon that didn’t land in my frame of reference became a barrier to entry,” Sears said. “Fortunately with Zion, that’s not the case. It’s built by engineers for the common person with an easy-to-use interface. Though Zion is a fantastic tool that Bitcoin enthusiasts have already fallen in love with, you don’t have to be a Bitcoin enthusiast to use it.” 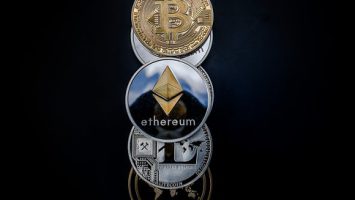