According to the press release shared with Coinjournal, the NFT sale is aimed at rewarding early evangelists and community builders while reasserting its vision of building a metaverse for all.

ZTX added that it would offer virtual land for free to anyone who registers and claims land on its platform. To reward early backers, the team said it would carry out a genesis home NFT sale offering 4,000 unique 3D-rendered home NFTs packed with in-game utility.

The home NFT owners are set to receive boosts to economic activities and asset production on ZTX land, as well as priority access to exciting updates and features.

The team revealed that the sale will take place next month and will go live on Magic Eden, which boasts around 10 million unique monthly sessions and thousands of daily transactions.

This latest cryptocurrency news comes roughly three months after ZTX announced plans to create an immersive 3D open world that will empower creators and communities to build, play and earn.

The ZTX team said it aims to create a metaverse that will successfully onboard new audiences, web3 natives, and ZEPETO’s existing web2 users.

While most metaverse-focused projects focus on selling lands, ZTX has taken a rather unique approach and is selling homes instead.

In ZTX, land will be free, unlimited and accessible for all. The land will unlock core features of the gameplay and serve as a base for home NFTs in ZTX. Users can develop and explore the land while also socialising with others.

Chris Jang, the Co-CEO of ZTX, commented that;

“We’re delighted to debut our genesis home mint on Magic Eden. We’re building a metaverse for all with mass adoption in mind, and it was important for us to create a place where users can come and enjoy without worrying about price tags – a place that users can call home.”

“We are excited to bring ZTX’s genesis home mint to our Launchpad and to introduce our Solana community to the creative possibilities that users can explore across the world of ZTX–where homeowners can find artistic expression, connect with others, and play games.”

ZTX concluded that the genesis home NFTs will be customizable and immersive in-game assets to be placed on the user-owned lands in ZTX. Users can enter homes, decorate rooms, use it as an NFT gallery and even host gatherings. 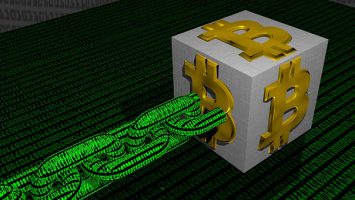